Insensitive, yes, but cause for firing? 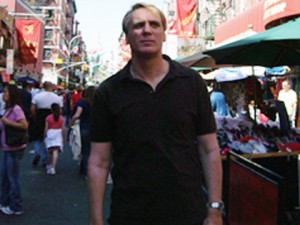 A professor at the U.S. Merchant Marine Academy in Kings Point, New York, has been suspended from his job teaching humanities on account of a joke he made just weeks after the Colorado shooting that left 12 dead last month. Greg Sullivan had just put a DVD in classroom’s media player and was turning out the lights. “If someone with orange hair appears in the corner of the room,” he advised in jest, “run for the exit.”

Little did he know that one of his students at the federally run academy had lost his father in that shooting, and now the professor stands to be fired for the remark.

Sullivan promptly apologized to the student, Weston Cowden, the rest of the class, and the administration, but also said he’d had no awareness of Cowden’s loss. The academy’s administration isn’t buying it. They say that emails went out to the entire academic community about the student’s father, and that Sullivan must have noticed that Cowden was absent from class for a few days following the massacre. He also excused two other students so that they could attend funerals in Colorado for other victims of the shooting.

Those are the facts. What do with them?

Sullivan has tenure, which many outside the academy (and even some within it) believe provides ironclad job security. Basically, it doesn’t matter how much you suck, you’ll always have a job. Not true.

In 2005, a tenured professor at the University of Colorado was fired for an essay he wrote in 2001, in which he described the people who’d worked in the World Trade Center as “little Eichmanns,” a reference to the man who managed the logistics behind the deportation of millions of Jews during WWII. His argument was simply that workers at the WTC were complicit in creating the system that had become a target for terrorists, even if they had not masterminded the capitalist tyranny the attacks were meant to topple.

The professor, Ward Churchill, appealed his case, and in 2009, a Denver court ruled that he had been wrongly fired. After all, he had merely been exercising his right to free speech and practicing some independent, if unpopular, thinking. Isn’t that what professors are supposed to do?

Sullivan’s comment will never be mistaken for provocation or independent thought. It was a boneheaded joke, but that’s all. Should he lose his job over it?

Next post: “The story loses everything when you try to put things in service of a theme.”

Previous post: In her fall from dot-com grace, Jennifer Sultan makes me consider my own