What is it about some stories that we want to hear them again and again? When looking at the realm of modern storytelling, a good amount of content, whether written, filmed, or otherwise, has been adapted from somewhere else. Book to movie adaptations have become more and more popular lately, but that is a [...]

The Outer Cape by Patrick Dacey Henry Holt & Co., June 20, 2017 First, a little trivia. See if you can guess which canonized American literary heavyweight wrote this gem: Amory selected a blade of grass and nibbled at it scientifically. “I never fall in love in August or September,” he proffered. “When then?” “Christmas [...]

Years ago, in a bar, talking about poetry, a friend of mine said, “Poetry. What do you do with that? I guess you could always write chapbooks.” Things have changed since then, and chapbooks (usually fewer than 30 pages of poetry) are not just plentiful, but proliferating. See chapbooks from Tupelo Press, Sarabande (authors Louise [...]

The Meursault Investigation by Kamel Daoud Other Press, 2015 Kamel Daoud’s debut novel is a relentless reply to Camus’ The Stranger. It’s told from the perspective of the murdered Algerian’s younger brother, Harun, now an old man. A young Algerian, presumably a stand in for the author, has pinned down the old man in one [...]

In Defense of Voice

One of my poetry workshop professors likes to start fights—to see us all twist a bit in our seats. I generally like being bothered in his workshops—his righteousness even admirable at times. He asks us to talk casually about our rhythmic values and tendencies. I say I value poetry as an oral/aural art. I say [...]

I met up with Dmitry Samarov at Hopleaf Bar in Edgewater for their Tuesday Funk reading series. Dmitry, a former Boston and Chicago taxi driver, is the author and illustrator of the work memoirs Where To?: A Hack Memoir (Curbside Splendor, 2014) and Hack: Stories from a Chicago Cab (University of Chicago Press, 2011), and has also had essays and artwork [...]

Janet McNally’s poems captivated us—viscerally—from the first lines, not just the imagery, but the sounds: “kick past coral,” “conch shells,” “plate glass.” As we read on, we entered a web of thematic strings that tie the poems together: flower petals, pomegranates, rubies, shades of red, myth, and fairy tale. These poems are so beautifully interwoven, [...] 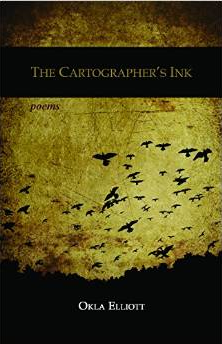 In 2008, the photographer Layla Love was told she’d be blind within one year. The cause: pharmaceutical medications she’d been taking since she was a child to combat the deleterious effects of Dystonia, a rare neurological disease whose symptoms are nearly identical to Parkinson’s disease. Love was devastated. Since she first picked up a camera [...]

by Amanda Leigh Lichtenstein on November 2, 2014

“The world can go to hell if you have at least one person to lean on.”  — Marjane Satrapi This past Friday, writer and filmmaker Marjane Satrapi spoke about her life to a room full of high school students at the First Methodist Church in downtown Chicago. As part of the Chicago Humanities Festival, Marjane [...]

Last spring, my girlfriend of six years and I split up. She moved out of our below-market two-bedroom apartment in Park Slope and I had to decide if I was going to keep it, which would require getting a roommate – not an appealing prospect at age 38 – or find my own place. So [...]

English majors fare just fine on the job market, but in what jobs?

A few days ago, a friend of mine with a tenure-track English professorship at a large southern university posted an article on Facebook that argued, basically, that humanities majors fare no worse in the job market than other majors. The data came from a study conducted by the Georgetown Center on Education and the Workforce, and covered [...]

How a new Autocorrect program could hijack your soul

Dennis Paoli, the coordinator of the Reading & Writing Center at Hunter College in New York City, has a short but very effective definition of writing: Writing is thinking and vice versa. In other words, to write clearly you also need to think clearly, and clear thinking is often achieved through writing. I’ve participated in numerous workshops over the [...]

Two days ago, the Chronicle of Higher Education published a letter to the editor by one Catherine Stukel, who teaches at a community college in Cicero, Illinois. The point of Stukel’s letter was simple: She thinks that adjuncts whine too much about low wages, insecure employment, and not being able to find full-time jobs. In her [...]