Writing your way into college 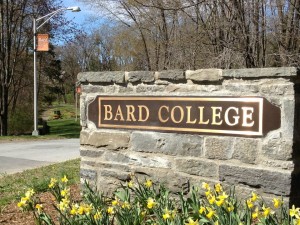 Bard College announced this week that it was introducing a new admissions option for prospective students, one devoid of GPAs, test scores, and other stone-cold metrics that, some say, do little to represent a complete human being or how well they’ll actually do in college.

Starting next year, smart high schoolers who might not look so great on paper can literally write their way into Bard, with four 2,500-word essays on such esoteric topics as Immanuel Kant’s theories on lying, the “thread” that runs through Confucius’s writings, and the peculiar movement of the planet Uranus. From when the topics are announced, they’ll have just one week to write the four essays, and to gain admission to Bard, they have to get at least a B+ on all of them. (The essays will be read by Bard professors.)

As someone who never tested very well, but who now writes essays for the ACT college entrance exam, I was initially heartened by Bard’s announcement. Finally, I thought, a good college is recognizing the value of exceptional research and writing skill as being just as important as how well students can prepare for a standardized test or get A’s in every single class they take. After all, research and writing is what college is all about, and it’s been argued that tests like the SAT and the ACT measure not what a student knows or how well they think, but the level of help they could afford in preparing for the test. (You could make the same case against GPA’s.)

But in this piece on Atlantic.com, Jordan Weissmann makes the same argument against these essays. Writing 10,000 words in just one week is a tall order, especially when the essays are on topics a student previously knew nothing about and therefore has to research thoroughly before even attempting to craft an essay that might earn them a B+ from a professor at Bard. Doing well, then, might be impossible without cheating–i.e. some very close “proofreading” by a parent, tutor, or teacher (Weissmann puts the word in quotes for a reason).

It’s a valid argument. While Bard’s president, Leon Botstein, says he thinks we should give high schoolers the benefit of the doubt and trust them not to cheat, recent cheating scandals at public and private schools alike suggest that kids will do whatever it takes to get into top schools. The stakes are really that high, and the competition is really that fierce. And besides, if everyone else is doing it…

It’s too early to predict whether this new path to Bard will work, or go down as just another embarrassing indictment of the wealth gap in the United States today. But I really want it to work, and I want it to work for everyone — whether they’re graduating from Phillips Exeter, Bronx Science, or some public high school in West Baltimore. Because if it fails, the pendulum that swings between metrics and writing skill won’t likely stop somewhere in the middle. More likely, it will be pulled, like a magnet, back to the numbers and stay there — possibly forever.