Rage against the language 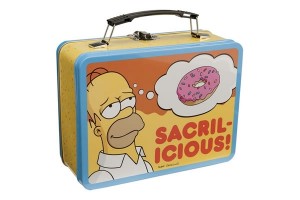 I once knew a guy who thought that when journalists are recognized for outstanding work, they receive a Pewlett Surprise. And who of us didn’t, at some point in life, utter the words “intensive purposes” when we should have said “intents and purposes” instead?

Then there’s “should of known,” “supposably,” and the most cited example of all, “irregardless.” (Oddly enough, each of those examples is recognized as legit by my MacBook.)

Yes, we mangle the English language. But is that really such a terrible thing?

To wit, last week, Buzzfeed — that tireless producer of listicles about, well, everything — published a piece including “17 made-up and misused words that make you rage.” Among them: “conversate,” “flustrated,” “expresso,” and “I could care less.”

But aren’t some of the words in Buzzfeed’s list merely examples of how the English language evolves? After all, ours is a language comprised of numerous other languages — particularly German and Latin — and new words are added to the dictionary every year. If it weren’t for portmanteaus and neologisms, we’d still be speaking like Beowulf.

“Expresso,” for example, is a portmanteau of “express” and “espresso” (which, by the way, is Italian for “express”). Isn’t “Expresso,” then, nothing more than an Anglicized version of the Italian word, no different than, say, substituting “coffee” for “café”? And while I’ve never heard anyone say “flustrate,” I kind of like it. To feel at once flustered and frustrated deserves to have a word, and I can’t think of a better one than flustrated.

Granted, some portmanteaus and neologisms are very, very annoying. I’d include “supposably” and “irregardless” in this category, along with some others that are conspicuously absent from Buzzfeed’s list. I once had an editor at a prominent magazine who used the word “ephereal” at least once a week. It pissed me off every time. “Ephemeral” means temporary, transient, and elusive, while “ethereal” means not of this world, literally “of the ether.” So what in the hell does “ephereal” mean?

Or what about “laxadaisical”? You could make a case that to be lax (relaxed, permissive, loose) could be like being lackadaisical (apathetic, devoid of enthusiasm or determination), but how is combining those two words into one better than just using either “lax” or “lackadaisical” in the first place?

I’ll cop to being as annoyed as anyone when I hear people say things like “misunderestimate,” “whole nother,” and “vice-a versa,” but not because they’re made up. They’re annoying because they’re meaningless, like saying “I should of gone to English class today.”

But come on, Buzzfeed. At least give “expresso” and “flustrate” a break. Otherwise, start learning Old English and prepare to atone for every time one of your editors utters the word “listicle” around the office.