Scalpel and Salve: A Conversation with Shaindel Beers about The Children’s War 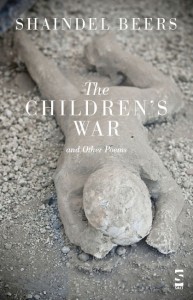 “This is the part where you realize/every broken window is a part of you.”

Frances Badgett: You start off with the ekphrasis of children’s drawings in wartime and move into the personal—the structure lends the book a feeling of deepening connection. I can’t remember seeing that kind of a structure in a collection before—were the more personal poems written in reaction to the poems in the beginning, or did they emerge on their own? How did that structure of the collection evolve?

Shaindel Beers: For me, that was the big philosophical question of this book. I started out with about eight of the children’s war poems, and had sent those to my publisher with my first book manuscript in 2008. I wasn’t sure what they were, but I knew they were something – a separate project. I never expected to be offered a two-book deal, but I was. So, then I had to figure out what the second book would be. Would it be all children’s war poems? Would that be too much? I walked the line between being worried that a collection made up entirely of the ekphrastic poems would be too dark and being worried that if the book wasn’t entirely that, that readers would assume I was equating issues in my own life with the children’s war experiences.

Even in June of 2012, I was still trying to figure out what to do. I was still writing some ekphrastic poems – I had ordered more source books, but I finally decided that I couldn’t write a whole book of those. I found other themes emerging in my work that I had been doing all along and finally figured out what I hope is a good fit. That decision plagued me for about four years, so I’m glad that the structure works for you!

FB: There’s a sense in poems like The Gift (for my Golden Eagles) that you’re in a kind of oblique conversation with, say, Little Amira in Little Amira Honors Her Cat, Pepa. That you’re offering these children with the war-torn lives a bit of hope. Does that connection work in your personal poems as well? Do you see yourself in the violence and sadness of those children’s artwork? 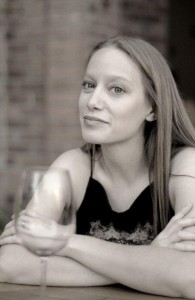 SB: I think that’s the crux of the modern poetic tradition. On the one hand, poets are supposed to be intermediaries, sharing stories or imparting some type of wisdom, while at the same time being a sort of everyman, but we live in a society where the poet isn’t especially valued (at least not monetarily). So, in the case of The Gift, it is hard to navigate guest speaking or guest teaching at a school where these students are looking up to you, and you’re supposed to motivate them to stay in school, go to college, etc., while maybe you’re buried in student loans and living paycheck to paycheck. You have to stop and ask yourself, “Did I just lie to a classroom full of kids?”

As far as the ekphrastic poems, I did want to offer hope, but I also strove for a sort of bluntness. Some of these wars are going on right now. We shouldn’t turn a blind eye to that.

I think any adult who had a troubled childhood will see themselves in the children’s artwork. I’m sure thousands of adults are living all around us with undiagnosed PTSD from traumatic childhoods, but they don’t think of themselves as damaged in the same way that child survivors of war are even though they well might be. Trauma rewires the brain. Maybe you didn’t experience what the children in war have, but you might have your own past traumas from childhood – verbal abuse, physical abuse, sexual abuse –and have repressed how traumatic that was. You might be reacting to triggers and not even know it because that’s how you assume everyone reacts to a given situation.

FB: When translating the children’s images into poems, there’s a kind of terrifying coolness that captures the act of their own translating experience into drawings. In “After a thirteen-year-old Darfurian boy’s drawing” you write “What are they doing to the women?/Forcing them to be wives. Their houses are gone.” There’s a kind of spare quality that is heartbreaking. Can you talk about that objectivity and how you shape it into such personal territory?

SB: Some of the poems contain fragments from children’s interviews. That boy actually did refer to rape as “forcing them to be wives,” which I found chilling and fascinating. For the children, drawing was their way of processing, so I tried to just process what they had drawn without adding too much of my own perspective or emotion to what they drew. I guess I wanted to be a sort of vessel for their stories. I didn’t want to unintentionally add my own perspective any more than I had to.

When I first started reading Anne Carson, I was blown away by how she has this emotional distance in her writing, but somehow the reader has to make up for it by putting their emotional energy in the reading. I’ve been trying for years to figure out how she does it. In graduate school, I had a few advisors talk to me about a weird emotional detachedness in my writing. I was just trying to achieve that strange feel that Carson has. I think the feeling goes along with trauma, too. We often disassociate and live our lives as observers if a trauma has taken us out of ourselves.

FB: I love that you write about New Sharon, Iowa; Vortex, Kentucky; Holcomb, Kansas—tough personal and economic landscapes. How has your growing up in Indiana inspired the rural perspective?

SB: I just think they’re the landscapes that seem the most real to me, the most like home. I don’t think I would know how to write about a city except as an outsider. I like the quirkiness of small towns, the strange stories behind their names, the characters who live there.

One moment when I remember feeling “othered” for being rural happened in elementary school. In our math book, a story problem started out with, “Some people live in cities that don’t even have 25,000 people.” That seemed so strange to me that the book’s writers had started a chapter that way. I lived in a town that didn’t even have 2,000 people. I’m never sure what to do in cities. I mean, if I go there, there are activities, places to go, but I find them difficult places to be.

I like going for a run and heading down a gravel road I’ve never noticed before, deciding what to do if someone’s cow has escaped a pasture. These are the normal, daily activities for me. As far as figuring out bus lines, subway lines, etc., I’m really bad at things like that and always end up asking for help or becoming dangerously lost.

Cities are nice places to visit, but I wouldn’t want to live there.

FB: Who are your influences?

SB: The two poets who I met when I was very young (like between the ages of 18 and 20) who really influenced me were Joy Harjo and Eavan Boland. They both visited my undergrad school (Huntingdon College), and I got to meet them, and it was amazing to see that there were living women poets (as opposed to the dead poets of the mostly male persuasion I had studied in high school).

When Joy Harjo signed one of my books, she said, “Are you a poet? You look like a poet,” and I have no idea if she said this to every eighteen year-old kid in the U.S., but it meant something to me and stuck with me. She also took the time to draw all of these little stars in my book. It was a sweet gesture.

I got to have lunch with Eavan Boland when she visited my campus. I was the English department work study student and had gotten to choose poems of hers for the other English majors to read before her visit. She advised me on where to go to graduate school (the University of Chicago), and why it would be a good fit for me.

As far as later influences, Anne Sexton’s and Anne Carson’s works both taught me so much. They’re so different (obviously) with the level of confession/distance, but each gave me perspective by studying what they were trying to do.

As far as poets I studied with in graduate school, Richard (Rick) Jackson’s associative poetry is so boundless, I was inspired to try to write poems like that.

FB: What poem or poet made you to want to become a poet? At what point did you look back and realize this was a part of you?

SB: I used to take my mother’s 1960s college textbooks of the Victorians and the Romantic Era poets down from her bookshelves and just read voraciously. I think the rhythms and musicality of the words got to me. There was a Victorian poet John Davidson who had two poems, “A Ballad of Heaven” and “A Ballad of Hell” that I loved as a child. In “A Ballad of Heaven” a composer neglects his wife and child to obsessively compose music, and his wife and child both die, but the music he composed becomes the music of the spheres. In “A Ballad of Hell,” a young woman receives a letter from her love that he can’t marry her, and she commits suicide (by of all things, driving a dagger into her breast). Actually, it was a suicide pact, but her lover lied, and didn’t kill himself.

Even though as a suicide, she should have gone to Hell, the devil takes pity on her because she was deceived and sends her on to Heaven.

I think it was the melodrama and shocking nature of these pieces (to a child just learning to read). I read them over and over.

The first poem I remember writing that wasn’t an assignment, I wrote when a grown cousin had shot my dog. I wanted to process what had happened, so I wrote. Poetry was my way of dealing with things. That’s when I knew it would be my way of figuring the world out.

Other poets I fell in love with in college were Milton. “Lycidas” might still be my favorite poem in the English language. And, of course, Keats. All of us could spend long, long lifetimes hoping to accomplish what Keats did in just his twenty-five years on earth.

Previous post: The disillusioned and the lost, or, Frances Ha’s life lessons