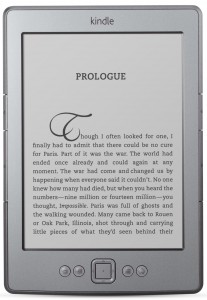 Writers can be gloomy folks — no news there. But these days, as everyone from David Carr on down to kids just starting J-school are pondering the future of long-form journalism, they’ve gotten even gloomier.

And for good reason. As Max Linsky, a co-founder of the site Longform.org, told an auditorium full of people at the CUNY Graduate Center in New York last night, “If anyone tells you they know what the future of journalism will be, they’re lying.”

Linsky was sharing the stage with some of the most prominent figures in journalism today: David Grann, a staff writer at the New Yorker whose stories are so good that he’s earned near-rock star status among his fans; David Samuels, a contributing editor at Harper’s and a prolific writer himself; Alana Newhouse, the editor-in-chief of Tablet Magazine; and Evan Ratliff, a writer and the CEO of Atavist, a multi-media platform for long-form work. They were there to discuss the future of their craft, and their predictions were as varied as they were inconclusive.

Samuels may have been the gloomiest of the lot, describing the future of long-form journalism in the language of dystopian science fiction — “like bombed out Hamburg,” as he put it. But he acknowledged that there’s opportunity in a post-war, post-apocalypse world for anyone willing to seize it: “As an original, indigenous American form of journalism, the long-form is going to survive,” he said. “It answers questions that Americans pose.” The terms of its survival, however, are still unclear — even he admits that his life has gotten “a lot harder” since the advent of Web 2.0. Whereas he could once demand payment for expenses upfront, prior to even researching a piece, and then be assured fair compensation for the piece once it was completed and a guaranteed readership of several hundred-thousand people, Samuels says that even for him, the rules of the game have changed. Now, if he isn’t careful, he could find himself in the same boat that many less-famous writers are in: writing for nothing, or close to it.

Grann said that he came up in the industry pre-apocalypse, and that by the time things had changed, he was already well-enough established that he didn’t have to worry. Perhaps this informs his optimism that “good stories will resonate” no matter what, and even that the Internet may be a boon for long-form journalism like his. “I’m very conscious of the competition,” he said, referring not to competition from other long-form writers and outlets, but for people’s attention itself. “In a sense, it’s very good for the craft. In the past, [journalists] were insulated, in a way,” he said, meaning that a journalist didn’t have to worry so much about holding his or her reader’s attention because there were fewer distractions constantly tempting to pull them away from what they were reading. “But reading stories is innate to us,” he said. “That’s not going anywhere. The need doesn’t go anywhere, but the means are becoming more challenged.”

The means used to consist of a vast infrastructure of editorial offices, printing presses, and the United States Post Office. Now, the means are digital. And while this clearly makes the entire industry more efficient and cheaper to maintain, it also threatens the business model that has made journalism a viable profession for more than 100 years.

Enter Evan Ratliff and Alana Newhouse, both in their 30s, and both representing the new age of Big Publishing. These are not indie bloggers with a few hundred followers; they are to the 21st Century what Henry Luce and William Randolph Hearst were to the 20th. And while they are optimistic that the Web will not kill the long form, even they recognize that the road they’re on is anything but smooth. Ratliff says he expects to build an audience over time on Atavist, and that he is committed to giving his writers the audience they are accustomed to, and which they deserve. “The content is difficult and expensive to produce, and we’re dealing with a culture that doesn’t understand that,” he said, referring to the tacit belief among many readers that journalism is “free.”

This misconception, Samuels said, is not the fault of the Internet, but an industry worth tens of billions of dollars that nevertheless built its reputation on the illusion of easy (and free) access. In other words, journalism has always been very expensive to produce, but the people footing the bill were not the readers — they were advertisers. Now that would-be advertisers have Facebook, they’re not paying magazines to run their ads, and no one’s footing the bill. But people still expect free content.

“None of you will make a lot of money in long-form journalism,” said Newhouse. Despite pursuing a career in new media publishing, Newhouse is not without her doubts. Although she says her readers crave content that’s longer than 1,500 words, she says the submissions she receives are often lacking. “The idea of what a story is, that has characters and says something about society, is lost,” she said.

Surprising words from someone who runs an online magazine, but hyperbole defined much of last night’s discussion. Talk of the Internet and publishing tends to elicit extreme positions — often for the sake of debate itself. And that’s good; it gets people talking. And as long as we’re talking, we’re thinking, and as long as we’re thinking, the future is within our control.

In the words of the original media theorist himself, Marshal McCluhan: “There can be no inevitability as long as there is a willingness to contemplate what is happening.”

Or as Samuels described his own grieving process over the difficulties he and other journalists now face: “I was depressed, but now I’m optimistic, because you can’t be depressed for that long.”

Previous post: What Is a Thesis? (a.k.a. La Thèse)