If you’re not getting paid, should you still publish? 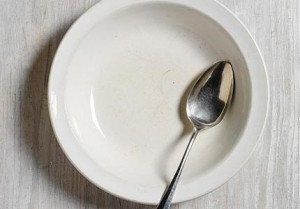 Getting published has never been a bigger deal than it is now. I’m not talking about getting “published” online; I’m talking about an actual magazine or journal deeming your work worthy enough to spend time and money committing it to the printed page. This has never been easy, exactly, but now that print outlets are shrinking or just going out of business entirely, it’s even harder.

And this raises a dilemma for those of us who have seen our work in print in the past, and would like to continue doing so. Quite bluntly, writers aren’t getting paid what they used to — even at prestigious publications.

Of course, this isn’t entirely true. Some writers are getting paid more. I’m sure that a staff writer at the New Yorker like David Grann still makes a pretty penny for his work (and he should, because his work is beyond excellent). But most aren’t; they’re getting paid less.

In an editorial for Al Jazeera earlier this month, Sarah Kendzior recounted how a veteran journalist who covers politics in Asia named Nate Thayer was offered the honor of repurposing one of his articles for The Atlantic. The magazine’s Global Affairs editor, Olga Khazan, sent him an email to woo his compliance, and then dropped the fee one of America’s oldest magazines was willing to pay for the work: Nothing.

It’s important to note that Khazan was not asking Thayer to repurpose his work for the magazine, but for Atlantic.com, an increasingly robust outlet of blogs, commentary, and breaking news that could never all fit in the magazine’s pages. But it’s still the Atlantic Media Company.

Khazan rationalized not paying Thayer by suggesting that publishing his work on such an esteemed outlet would pay off in other ways. That is, Thayer would “get” to say he’d been published by The Atlantic,  if “only” its Website, and might get more work elsewhere because of it. But again, Thayer was already a professional journalist, with a family to support — should he still be getting treated like a 22-year-old intern?

That Khazan’s proposal was specifically for the Atlantic.com and not the magazine is indeed a distinction worth noting, but it’s a minor one. If major media outlets like the Atlantic have largely shifted their operations to the Web, why should the protocols around professional journalism — i.e. that writers get paid for their work — necessarily be changed? We’re certainly not moving towards more printed pages, but away from that publishing model faster than you can hit “send.” And as the industry shifts more and more to the Web, how will the Nate Thayers of the world (and there are a lot of them) survive?

I posted Kendzior’s original piece for Al Jazeera on Facebook late last week, and naturally, very few people responded. (Perhaps I should have shared that I’d just taken an awesome nap or that I hate rainy days instead.) But those who did had some valuable perspectives on the matter, even if the understanding at the time was flawed — we all thought that Thayer was being courted not for the Website, but for the magazine itself, and being denied payment regardless. I include these comments below because leaving aside the Atlantic controversy that inspired this post, the issues raised are worth discussing. I’m hoping we can do that here, and leave Facebook for the stuff that really matters.

Commenter One: Hitting the like button seems odd… I like this article, but am saddened by what it has to say.

Commenter Two: I feel the need to make a public confession: reading articles like these make me feel something like a traitor or class enemy. This summer, I’m hoping to “repurpose” one or two book chapters in outlets like these–and I honestly don’t care whether I get paid or not. For one, my bills are already largely being paid by my university. For another, the exposure for the book project makes it like free, well-placed advertising, hopefully resulting in a bump in book sales that would dwarf whatever one-time payment the magazine would offer.So, here I am: in a place where “prestige” and “visibility” outweigh money. So–if I don’t want to be a “class enemy,” but instead stand in solidarity with struggling, hard-working freelance journalists–what am I to do? If the outlet decides they want it, should I stand on principle and demand to be paid? I’m not sure how effective that would be. Should I dial-down my expectations, and resign myself to the pages of seldom-read academic journals by not trying to reach a broader audience at all? Unfortunately, that’s what I see as the central problem of academia, and one I’m dedicated to fighting against. So I guess I’m forever doomed to class enemy status… reluctantly. Finally, this is an op-ed piece by a recent anthropology Ph.D., not necessarily an aspiring freelance journalist… I wonder how much Al Jazeera paid her for it?

My response: This is a great point, and you’re right that it does complicate things. A lot of veteran (and well paid) journalists will say that you shouldn’t give it away for free because doing so only hurts the profession. I was actually told this by an esteemed writer who was once an editor at the Nation. But not everyone gets to call the shots, and sometimes people do need to suck it up and make little to nothing for the sake of something greater, and non-monetary — exposure being a big one. This is true both for academics and young journalists, or mid-career journalists trying to break into a new level. The problem is that not everyone gets to be a “name” writer, and if the only way to make a real living as a journalist today is to be David Grann or James Fallows, then where does that leave everyone who isn’t writing the big Think Pieces for venerated magazines?I’d say you should do what makes sense for you, which is to repurpose your work for a widely read magazine. I’d do the same thing, regardless of pay. But it’s kind of like the higher education debate: do adjuncts enable an exploitive system of low wages and diminishing security each time they accept a part-time position?

Commenter two: Sounds like a classic collective-action problem! (And all of the tragedy that goes with it.)

Friend who shared the link: I suppose I’m not helping this issue: each piece I wrote for Art in America earned $50.

My response:  I think most “professional” writers have been in that boat. I used to write for magazines that paid me $.10 a word — a 2,500-word feature would earn me $250. But even though I was living below the poverty line as I amassed that portfolio, all the work I did then helped me get my job teaching journalism at Hunter. So in a way, it does pay off in the long run (or it can, anyway). Still, what I take from this story is that it’s no longer paying off, if established writers are no longer being compensated for their work. The idea should be that we pay our dues when we’re young, and are rewarded for it by mid-career. Sadly, this doesn’t seem to be the case anymore…

Commenter on the share: I am seeing red right now. I AM a professional freelance writer and all of this is so infuriating. I just told Justin he’s not allowed to read the Atlantic anymore. Gaaaaaah.

Next post: In the age of information, are books still sacred?

Previous post: This Is Why We Do This Thing