by Amanda Leigh Lichtenstein on February 13, 2013 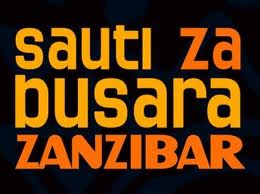 When we listen to our favorite musicians, click on a Youtube video, share a link, float on a sound cloud from one good song to the next, we don’t usually think about what it took to make that song available to us. If we’re at all connected to the music world, we might sympathize with the woes of creative process, the insanely intensive labor of shooting a music video, making the perfect album, or sealing a brilliant rap, but do we wonder what it might have taken personally and politically to produce the songs, beats, and lyrics that define the present historical moment?

This year, Zanzibar’s most beloved music festival Sauti za Busara “Voices of Wisdom” is offering the stage to several musicians who have been silenced in their home countries. Sauti za Busara is known as Africa’s friendliest music festival and personally, after four consecutive years of dancing and connecting with people around the world, the Busara love can’t be denied.  That’s because, in the words of the festival’s founder Yusuf Mahmoud, “it’s more than just a festival” — it’s an act of resistance. Four full days of unity through music. An unspoken pact for positive cross-cultural exchange. In a world so out of sorts, this can not be taken for granted.

Joining the festival this year is Comrade Fatso, renowned rapper & poet from Zimbabwe who was recently banned again from airing on Zimbabwe radio, and Khairy Arby, Mali’s “Queen of Desert Blues” who was threatened by Islamists to cut out her tongue if she continued her desert laments. In solidarity with musicians perceived as dissenting voices, the festival is creating a space for dialogue on censorship called “Speaking Truth to Power” within its Movers & Shakers networking series, on Saturday February 16th from 3-5 p.m. at Monsoon restaurant in Stone Town, Zanzibar.

Just pushing gently on censorship’s door unleashes a flood of questions and opinions. Why does censorship exist? How does it work? Why does it matter? Who’s affected? How is it enforced? Is censorship only about morality? Do words and music really have power? How can we tell? Who or what is most threatened by music? What is ultimately at risk when it gets suppressed? How is music used as a political tool? What are we willing to risk as music lovers to support musicians and artists at risk? Is censorship ever justified? On and on.

Fortunately, musicians, academicians, journalists, activists, bloggers, arts professionals, and analysts have worked intensively to understand how censorship works, where it thrives, and what can be done to tame it so that freedom of expression triumphs.  One of the most compelling sources for all things related to music and censorship is FREEMUSE, the World Forum on Music and Censorship, “an independent international organisation which advocates freedom of expression for musicians and composers worldwide.” Just clicking on one FREEMUSE link reveals a myriad of issues and dilemmas faced by musicians all over the world, from Pussy Riot in Russia to rapper El Haked in Morocco. Check out their exhaustive resources on censorship here.

Musicians have been silenced all over the world, including the United States and Canada, but censorship currently comes into sharpest focus in Mali, where musicians are literally under attack. Over the last few months, I’ve followed Sauti za Busara’s Facebook page in awe as article after article about Mali was posted. It was a heartbreaking story to follow. Music, one of Mali’s greatest exports and national treasures, is now under siege as threats and kidnappings have caused widespread fear and terror. See this interactive map of Mali’s musicians and militias here.

Anyone following the crisis in Mali has been awed by Islamists’ strategic attempts to destroy Mali’s cultural heritage. From the ancient texts of Timbuktu to the nation’s religious shrines, Islamist rebels are threatened by a life that exists outside the lines of Sharia law. “I’m a Muslim, but Sharia isn’t my thing,” say Rokia Traoré, one of Mali’s most famous international stars.”If I couldn’t go up on stage anymore, I would cease to exist. And without music, Mali will cease to exist.” For more on militants’ declaration of war against musicians in Mali, read this.

Since January 17, 2012, our country is victim of barbaric aggression from terrorists, drug traffickers, and separatists. This attack resulted in the occupation of 2/3 of the country and created unprecedented humanitarian disaster with more than 800,000 displaced persons and refugees. On January 10, 2013, [our country was forced into a war] it never wanted. The festival will host a special edition called “Cultures in Resistance for Peace and National Reconciliation.”

Festival in the Desert, originally conceived as a nomadic travelling tour, also transformed its plans for 2013, working with international activists, musicians, and fans to create an “in exile” tour across five Sahel Saharan countries. Manny Ansar, director of the Festival in the Desert said in a recent interview, “it is the first time we do it, and sure, the challenge is immense. We’ve been sleeping three to four hours a night, but we now more than ever believe it necessary to stand strongly for our values.” He went on to say that the “Festival au Désert is unwaveringly standing in solidarity with Timbuktu and vowing to extend Northern Mali’s tradition of tolerance to world populations in similar distress.”Read the entire interview here.

Malian superstars like Amadou and Mariam, Tiniarwen, Ali Farka Toure, Khaira Arby, Toumani Diabate, Fatoumata Diawara and many others have joined together to produce “Voices United for MALI.” This song is beautiful and uplifting, attesting to the essence of music’s power to unite. To listen to Fatoumata Diawara on BBC Newshour talking about her motives to organize over 40 musicians singing for peace with Voices for Mali click here: http://www.youtube.com/watch?v=cqzCoQmETlg

As Mali’s musicians continue to struggle, musicians in other countries also grapple with different forms of censorship on a spectrum of power and impact ranging from self-censorship to political censorship, visa restrictions to religious extremism, and corruption to gender bias in the music business industry. For “softer” or more “hidden” forms of censorship, it’s often a matter of breaking the silence. Female Zanzibar music artists report pressures from radio DJ’s to perform sexual favors in exchange for air time on Zanzibar radio stations. They also lament a lack of support from their families to pursue music careers in what their families deem a man’s world. Self-censorship is one of the greatest obstacles to female musicians” success.

K’naan, a Somali-Canadian hip-hop artist currently based in New York City, describes how he found himself imposing a kind of self-censorship that paralleled his climb to fame. Pressured to write Top-40 friendly lyrics, K’naan says:

I felt the affliction of success. A question had raised its hand in the quiet of my soul: What do you do after success? What must you do to keep it? If this was censorship, I thought, it was a new kind — one I had to do to myself.

Read more about the paradox of fame, identity, and self-censorship here.

Tanzanian music star Nakaaya Sumari also knows personally about censorship. She sings about discrimination as well as corruption in her hit song ‘Mr Politician.’ In an interview with FREEMUSE, she talks about ‘the inconvenience of truth’, and also about musicians’ self-censorship, and the strong role that music plays as a tool for communication in East Africa. Vitali Maembe, known for his Afro-fusion folk and based in Bagamoyo, Tanzania, was so sick of corruption in his country that he launched an anti-corruption musical tour called “Chanjo ya Rushwa” or “Vaccination against Corruption.” Maembe and his band, the Spirits, set out to tour small villages and towns, singing their vision of a corrupt-free society, and holding public dialogues following the performances to “open public debate, to give people a voice on the problems of corruption, laziness and selfishness. Together people will be able to discuss vivid situations and identify causes and solutions.” Check out Vitali’s blog here.

Campaigns like Maembe’s intend to raise awareness about the insidious nature of corruption and encourage people to realize the power of the individual to rise up. This call for change does not come without risk, threats, and intimidation. Perhaps music itself is the antidote to fear. Zimbabwean Comrade Fatso believes that “instead of music being used to turn African youth into passive consumers and obedient citizens, we need music that makes us move and dance against poverty and dictatorship.” Check out more about what he Comrade Fatso says about censorship here.

With countless examples of censorship around the world, it’s doubtful we’ll ever see an end to the struggle for freedom of expression. It’s one of the greatest political and social struggles of all time.  How we confront it defines this particular moment. With six people on the panel on censorship in music this Saturday, February 16, 2013  including festival directors, musicians, artists, academics, and even Zanzibar’s executive secretary of the Board of Censors, the dialogue will definitely have some depth and nuance. Hopefully music fans and consumers will also participate in the mix. It’s important to keep asking the questions, continually searching for ways to navigate freedom and its limits within shifting cultural contexts. All the while protecting the dignity and rights of musicians and those who support them in making sure their voices are heard.

In the words of the great Martin Luther King Jr. “Our lives begin to end the day we become silent about things that matter.”

*Thanks to Rebecca Yeong Ae Corey, Sauti za Busara’s managing director and Yusuf Mahmoud, festival founder and director, for transforming their FB page into a laboratory for learning. Most links and several quotes including the King quote in this post originally appeared there.  For those attending the festival who’d like to join the dialogue on censorship this Saturday the 16th, please R.S.V.P.