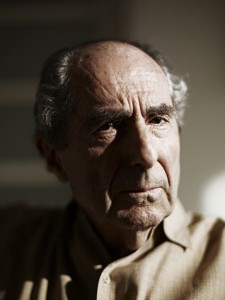 Roth’s literary output could be compared to Woody Allen’s with film. Since he published his first collection of short stories, in 1959, he has written 27 novels and two books of non-fiction, as well as several essays.

There have been the Kapesh novels, about the life of Professor David Kapesh and his dalliances with young students, his flirtations with fame as a public-intellectual, and his own failing body; there have been the Nathan Zuckerman novels, which have earned Roth the reputation of an auto-biographer posing as a novelist; there have been the “Roth” novels, which can’t very well be categorized with other groups and sometimes have a protagonist named Philip Roth. Each series has offered unique joys to Roth fans, but they all contain that quintessential Philip Roth honesty and intellectual heft. To read a Roth novel is to get just a little bit closer to what it means to be human.

We knew the Zuckerman novels were done after the release of Exit Ghost in 2007. We knew the Kapesh novels were done after The Dying Animal in 2001. But I think we all just kind of assumed that the Roth novels would keep coming until their author stopped breathing. Roth not writing fiction seems anathema, like Trump no longer building skyscrapers or Meryl Streep no longer taking parts in movies. It’s what he does.

Not anymore. He went on the record last week saying that his 2010 book, Nemesis, would be his last. That book, set in 1940s Newark during the polio epidemic, may not have been Roth’s best, but it wasn’t terrible. Sure, it had more cliches than his earlier work and fewer crystalline insights into his characters’ psyches (and by extension, our own). But I thought of it as a placeholder, a novel to give his fans something to read as he worked on his next American Pastoral, or his next Sabbath’s Theater.

But in 2010, Roth decided to re-read all of his books, starting with Nemesis, and he decided that he had been “more or less a success,” telling an interviewer that he had “done the best he could with what he had.”

“After that, I decided that I was finished with fiction,” Roth continued to say in the same interview. “I don’t want to read it, I don’t want to write it, and I don’t even want to talk about it anymore. I dedicated my life to the novel. I studied them, I taught them, I wrote them, and I read them. At the exclusion of nearly everything else. It’s enough!”

I’ve read all of Roth’s books and I credit him with nothing less than forming a sizable part of my identity. I don’t think he’d scoff at this. When Saul Bellow died, Roth wrote in the New Yorker that Bellow had been like a second father to him, as much a part of his intellectual formation as his own father had been, if not more so. Throughout my 20s and early 30s, Philip Roth played the same role for me. Yes, Bellow and Roth were also friends (they met when Roth was a graduate student at the University of Chicago, where Bellow taught), but one does not need to know someone for that person to make an enormous difference in his life. Roth’s stories, his characters, and his words were enough.

Roth helped cement my resolve to become a writer. And he influenced not only the way I write, but also how I teach writing (several of Roth’s novels take place in academic settings). He even influenced my concepts of women and relationships (occasionally to my partners’ chagrin, I’m sure).

For me, Roth retiring is tantamount to a parent saying, “My work here is done. Go into the world now, and be the man I raised you to be.” That may sound melodramatic, but it’s the truth. Of course, by the time a child does leave the hearth of his parents’ home, he has long been ready to be on his own; likewise, I have not relied on Roth’s novels for guidance in years. But that doesn’t matter. You can be 40 and still covet your father’s approval, your mother’s comfort, and the perceived security of your childhood home. I may not require Roth anymore, but I like to know he’s there.

And yes, he is there, still living alone in Connecticut. But I don’t expect to hear from him anytime soon.

So for what it’s worth, let me just offer to Mr. Roth a final word of gratitude. You gave me far more than something to read.