Philip Roth has a new biographer, and it’s not an alter-ego 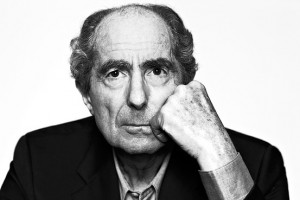 Philip Roth writes novels that he insists are not autobiographical despite the undeniable parallels between his life and those of his protagonists. Roth is now 79, and if his creation, the controversial Jewish “novelist” Nathan Zuckerman, were still “alive,” he would be about the same age. So would David Kapesh, another Roth alter-ego, albeit a more academic one — the one who devoted his life to academia, not the literary spotlight enjoyed (but more often avoided) by Zuckerman.

He’s written a couple of “autobiographies,” and anyone who’s read them knows why I put the word in quotes. Roth’s nonfiction about himself doesn’t do much to clear up the distinction between his life and his persona, and that’s the whole point. His 1988 book, The Facts, has the sub-title A Novelist’s Autobiography. Note: It’s not just an autobiography. Even in his treatment of himself, he’s toying with not only his readers, but the very concepts of truth and fiction. This is the man who once had a character — a writing teacher, incidentally, not unlike Roth — declare that he would fail any student who insisted that a piece of fiction have “closure.” No such thing exists, the character said.

So now, Roth has a biographer — sans the auto. He hired Blake Bailey, who has written biographies of Richard Yates and John Cheever, to embark on the 8-9-year process of committing Roth’s life to the page, his “real” life, if such a thing even exists. Of course a real life exists — Roth himself has defended his claim that his novels are not autobiographical precisely because his own life is so boring; it consists of him sitting alone in a room, writing, most of the time. But there’s a big difference between “facts” and “truth.” The former means nothing without the latter, and sometimes the two have nothing to do with each other.

Roth writes about truth — human relationships, pain, suffering, humor, death — whereas a biography is ostensibly about the facts. No wonder he hasn’t given us an honest attempt at one about himself. It’s not what he does. His most factual book, a memoir titled Patrimony: A True Story, is much more about his father than it is about himself.

So why did he choose Bailey , a gentile from Oklahoma, for the job? When Roth asked him what qualified him to write his biography, Bailey secured the deal by answering: “I’m not an aging bisexual alcoholic with ancient puritan lineage, and I still managed to write a biography of John Cheever.”