Finding the slack in Malcolm Gladwell 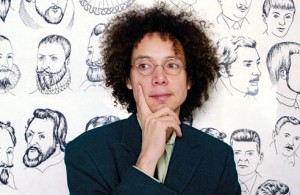 When you think of slackers, Malcolm Gladwell is probably not the first person to come to mind. He’s an enormously successful author who became a staff writer at the New Yorker when he was just 33. He’s at the apex of New York’s professional class, which has about as many slackers as Minnesota has surfers.

And yet, he leads his latest piece for the New Yorker confessing that he, too, is a slacker. Or was, at least.

The article is about the former elite runner Alberto Salazar and his knack, during his professional career, for running through pain and exhaustion (in one case, to the point of collapse and blackout). Gladwell shares that when he himself ran cross-country in high school, he had a fatal tendency to slack off. He’d run two out of 3.1 miles in a 5K at a fast clip, remember how painful that final mile can be, and back off to a near crawl, thus dropping from the lead group to the middle of the pack.

It’s an example to prove his point: that most of us slack off whenever possible, and that the key to wild, elite-level success is pretty simple: not slacking off. In Salazar’s case, this meant running through the pain, logging 100+ miles per week, bending the limits of human potential almost to the point of breaking.

It’s a nice thought, but is that really all there was to it?

Gladwell draws an analogy to Tyler Cowen’s recent work on the economics of successful restaurants, which endeavors to explain why so many high-end, high-profile restaurants fail. The upshot, according to Gladwell, is that success requires hard, consistent work, and not letting up after an early victory (or good review).

Classic Gladwell, except the analogy is specious.

Yes, the world is full of slackers, people who simply don’t try very hard to do anything because, well, it’s hard. But are elite runners really just better at training and working through the pain? There are plenty of very good, but non-professional, runners who train just as hard as many elites, and run just as long, who will never run an elite time. I suspect they’d beg to differ with Gladwell. The same could be said of “failed” restaurateurs who worked around the clock to keep their businesses afloat. But to analogize the two is to suggest that any of us could be an elite runner, or a renowned restaurateur, if only we worked really hard at it. Nevermind that an elite runner is a single organism while a restaurant is a business, subject to all kinds of variables that can make or break it.

One area in which Gladwell reputedly does not slack is writing. He’s built his reputation on making unexpected connections and helping us see the hidden logic behind often-prosaic, seemingly unconnected things: in this case, distance running and restaurants. We expect him to excel at this, just as we expect to see Ryan Hall and Kara Goucher run like the elites they are in London.

Athletics are objectively judged: if Hall runs a 2:20 marathon — a time I would give my right leg for — he will have failed our expectations. Writing is subjective. Perhaps others — most, even — will find in Gladwell’s piece precisely what they expect when they pick up something by Malcolm Gladwell. But I just found a writer who showed us what he’s capable of, and then slacked off.