The book vs. the app — a tired, boring debate 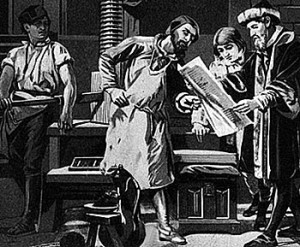 I’ve come around. No longer do I wish to disparage apps and technology in favor of books and reading by kerosene. To be fair, I’ve never done the latter, but I do own a lot of books and I don’t plan on getting rid of them. One thing I don’t own, still, is an iPad (or a Kindle, a Nook, or a phone large enough to read books on).

But if others want to read their books and magazines on a small, glowing device, who am I to say they shouldn’t? Nevertheless, the debate wears on. Tediously, ploddingly, pointlessly.

This week, the British television personality and journalist Dan Snow, born in 1978, added to that debate in a piece for the Telegraph, titled, “I hate to say this, but apps do beat books.”

A truly literary title. Intriguing, subtle, ripe for interpretation. (Or not.)

His arguments are as simplistic as his headline. He concludes that apps allow for a more immersive experience, allowing the “reader” to click through and delve as deeply into an aspect of a “story” or field of study as he likes, and skip over the parts he finds less interesting. Apparently, books, with their dogmatic structure — all those “pages” and “chapters” — don’t allow the same control.

And then there’s his writing. In the second sentence — the second sentence! — Snow writes that he’s fallen “head over heals for apps” (italics mine). As my father pointed out to me in an email, “Books are permanent. They’re there forever. You can’t just update the file server.”

But whatever. Apps are here to stay. E-readers are becoming the norm. And I’m done fighting it.

So, to Dan Snow I offer my final rebuttal: Apps are not better than books, and books are not, necessarily, better than apps. To say otherwise is like calling the Internet “better” than the library. It’s not; it’s just newer. Civilization got pretty damn far along with those antiquated, backwards things that you’ve denounced in favor of your iPad.

Still, maybe you’re right, that apps do provide a unique learning experience, one those dumb old reams of paper, bound together with glue and string and filled with nothing but words, can’t match. But seriously, what’s the point in saying they’re “better”? Besides, I can tell you one “app” that will never be available for the iPad, Kindle, or Nook: Losing track of time in the stacks of a library, which you entered to get a particular book only to find yourself, hours later, reading a different one — and finding it fascinating.

Next post: A final tribute, in my words, to Hillman Curtis