Mastering the Law of Attraction 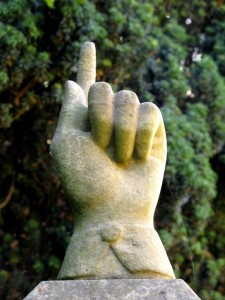 London’s Alternatives is the city’s most popular venue for New Age workshops, teaching classes in areas surrounding spirituality, creativity, wellbeing and self-development. “All our events”, their website boasts, “are offered in the spirit of love, joy and service.”

With that in mind, I chose “Master the Law of Attraction” as my first dip of the toe in Alternative’s loving and joyful waters. Taught by the American personal-performance coach Joseph McClendon III, the brochure promised …”the sky is the limit with miraculous positive thoughts.”

The venue was London’s large meeting-house at Euston. Once there, I had to fight my way past hundreds of Marxists as the Socialist Workers convention, Marxism Now, was taking place next door. Wearing t-shirts emblazoned with an upraised fist, communists of all ages poured in for the opening rally. Marxism Now made an interesting juxtaposition to Joseph’s fledgling Masters of Attraction. Someone in the meeting house scheduling department has a wicked sense of humor.

Joseph McClendon III has had several careers, from university professor to the Director of Herbalife to the founder of the snappily-titled Succeleration Research Group. But nearly everything he has done has touched upon the areas of personal growth and development, from his book “Change Your Breakfast, Change Your Life” to his hip hop recording, “Live Like It’s Never Going To End – Positive Thinking.”

But Joseph’s claim to fame is through his association with the guru of self-help, Anthony Robbins. They met in 1986, and he went on to co-write two of Robbins’ bestselling books. He is now the heir apparent, serving as Senior Head Trainer and Instructor at Robbins’ grandly-titled Mastery University.

As Joseph bounded onto the stage, his energy was palpable. I wondered what he did eat for breakfast? His appearance was met with idolatrous applause, many stood. He told us a bit about himself. His net worth, he boasted, was over $50 million. He spoke of his reputation as the “Specialist to the Stars” in terms of performance coaching. His clients include actors, politicians, and sports-heroes. “This,” he said, “is the crowd I run with.”

Duly impressed, we moved on to the rules. Whenever Joseph cued, we were to jump up, thrust an arm into the air and say, “YES!” with as much enthusiasm as we could possibly muster. We had to practice several times until Joseph felt we were suitably enthusiastic.

And enthusiasm was the crux of Joseph’s message. He encouraged us to get the most out of life all the time. “Have fun,” he said, “constantly engage with your life!”

“Yes!” we responded, fists pounding into the air.

“Play full out!” he continued.

We closed our eyes as someone strummed a guitar. Joseph directed us to our earliest memories, encouraging us to smile with love. “Tell your younger self,” he said, “that the heavens will provide for you when you need it.”

The mood was quiet. We swayed gently to the guitar and the faint music of our memories. Some wept. Seriously.

Suddenly, the Marxists next door burst into a round of thunderous applause. Joseph seemed surprised but he laughed those Marxists off as he brought us back to our inner conversation. Afterward, we had to hug one another.

The Law of Attraction basically posits that one brings into one’s life that which one focuses on. Or, as Joseph explained, you create magic through the power of your thoughts. “Think about what it is you want,” he advised. “Is it out there?”

“Smile at it.” So we thought about our goals and smiled. Next door, the Marxists cheered.

Joseph explained, “You must create your own opportunities, and when one shows up you must take it.”

“As you seek so shall it find you. Your goal is out there looking for you.”

“Yes!” We said loud enough for our wayward goals would find us.

“The trick is to control your fears. You can’t erase your fears, but you can control them. Fear that what you want is too expensive is what stops many from even trying. But it’s not the money. Procrastination and hesitation, these are your enemies.”

“Yes!” I started to shout, fist raised. But I had jumped the gun. I quickly sat down.

“Try attracting people. Energy attracts energy, it’s your energy that is your emotion. Everyone you meet is a beacon for you. Show them that you care. Give them your energy. Energy is everything.”

Then it was time for The Next Step. The raison d’etre of the evening, it’s the two-day workshop Joseph would be teaching at Alternatives in a few weeks. He gave us beautifully embossed certificates proclaiming that we were each being awarded with €500 off the price of the workshop. Everyone looked momentarily puzzled. This was England, where we deal in pounds, not euros. It was like someone giving an American audience a discount in pesos. For a man with so much money, Joseph didn’t understand currency.

“This room is full of dabblers and starters,” he charged, “And you cannot win the race unless you finish the race.” Joseph was closing the sale now. “Excuses are like butts, everyone has one and they stink!”

The Marxists started to raise up their own stink as the walls literally shook from their cheers. Joseph’s façade cracked, but just for a moment, as he threw an angry glance toward the Commies next door.

He returned to us, sharing the story of how he was once homeless, reminding us of how much money he has now, confiding that he made his first million after taking a $2000 course on getting rich even though he could ill-afford the $2000 at the time.

“You’ve got to be willing to invest your time, energy and money.”

Now, the Marxists stomped on the floor, desperately enthusiastic about ending capitalism. I really really hoped that they didn’t know what was happening in this room.

Joseph wrote his fees in big letters so that we could see them. For personal-performance coaching, he charges $250,000 per year. For two days with him, you have to pony up $25,000. His weekend group workshops cost €1000. We all converted madly in our heads. With your certificates, he reminded us, it’s only €500! I’d only paid 15 pounds for the evening, so I was feeling rather smug.

People were starting to get up and leave even though Joseph was still on the shill. I was mortified for their rudeness. Until I realized that they were running. Running to sign up!

He raised the ante and the hysteria grew. “If you enrol tonight, it’s two for one! Find a friend! Sign up together! Now it’s only €250!”

The room dissolved into chaos.

Don’t get me wrong, I am all for Mastering the Laws of Attraction. I had sipped the kool-aid and was positively tipsy on the positivity. But I thought it funny how we had raised our fists up in the air throughout the night and how a raised fist was the very emblem of the Marxists’ gathering, even though the values were so incongruous. Maybe it doesn’t matter if you are a capitalist pig or a bleeding heart idealist, we are all just searching for something to put a fist in the air and cheer about.

Next post: Spring at the End of the World