Confessions of an American freak out 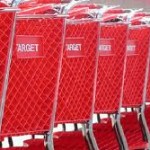 I should have seen it coming – every time I fly from Zanzibar to the United States, a wild range of cravings start roaming my mind and body, eventually holding me hostage with desire. Thoughts of various kinds of cheese keep me up at night. I spend my afternoons on Google researching varieties of maple syrup. I type ‘sour cream’ into the search bar. I want every kind of chocolate, a dairy gorge on the bacon range.

These cravings become more intense the closer I get to my departure date, and somehow, those around me start to sense that they, too, might get to dip into that enormous American pool of unnecessary desires, and start asking for stuff. I tend to keep my travel plans a secret, but true to the saying, there are really no secrets on Zanzibar.

This time, in the week before departure, I got three humble requests. When you’re in America, get me Shea butter, a vegetable slicer set, and stacks of Ebony, Vogue, and the New Yorker, they said respectively. Fair enough. I’d gotten other requests for Cheese Nips, Snickers, and Trident in the past, and always came through.  I’d certainly do my best.

I am not a huge shopper, nor the most hip, informed, or savvy among them. I tend to pinch and thrift, I enjoy a good bargain, and I’m not one to binge on best buys. And usually I’m pretty good at taming the shopping tiger within. I want, but not too much or enough. I try to think about what I need and the best price out there for it. This time, though, I was hit hard by a kind of heart-pounding inner roil to round up of all the things I’d ever never wanted from this great big super mall of a country.

America’s the land of a tanking economy, but people, there are still at least nine different kinds of teriyaki sauce, and fourteen more honey styles, canned olive tapenades, savoury biscuit mixes, BBQ sauce promises, wheat and glutton-free to be you and me songs to be sung in an hour’s stride through the markets. For all our wailing at the financial wall, America sure is still the land o plenty.

And this kind of shopping we do in America is a lonely affair.

I’ve been here less than two weeks and I’m afraid I will have spent more time getting in and out of my rental car, undressing and dressing in Target dressing rooms, and wandering grocery aisles in a wide-eyed stupor alone, than with friends and family and having real conversations. It’s not entirely my fault – friends and family are mostly working a good portion of the day, and if not working, then caring for children and their busy schedules, coordinating zigzags to school, home, parks, and indoor pools.  It’s also been hard to make fixed, definitive plans due to traffic jams, city distance, double bookings. That, plus taxes and paps make scheduling a real bitch.

But it’s time for a confession:  I have been obsessively drawn to wander the florescent-lit halls of Target, Best Buy, Micro Centre, Whole Foods, Staples, Trader Joe’s, Walgreens, T.J. Maxx, and Marshall’s, because it just feels so good to shop alone, without any harassment, price negotiations, class judgement overtures, or gender aggression. And it’s also fun to shop alone because then I can really take my time marvelling, obsessing, and in general just freaking out about the sheer amount of unnecessary stuff made available to Americans on a daily basis.

I want it all, now. And at the same time, I am absolutely repulsed. I end up, then, feeling like a rookie, a novice shopper making impulsive, spazzy decisions, that also involve belaboured and bulky movements like attempting to enter the driver’s seat with six bags of stuff in right hand while trying to talk on the cell phone with said hand, shut the door with left hand, and start the ignition with right hand, cell phone squeezed to ear.

This — what do you call it — shopping choreography– my body and mind are not used to it. What’s mindless to some has become very clumsy to me. I feel like I am child learning to hold a shopping pen in her hand in her hand for the first time, practicing my capitalist script. I know all my letters, but not well enough.  I end up feeling like an obsessive klutz with a collection of plastic bags piling up in the passenger seat every time I screech out of another jammed parking lot. Um, what’s in those bags, anyway?

I’ll spare everyone the personal details. It’d be too much like opening the proverbial medicine cabinet. But let’s just say that half the things I convinced myself I needed because they are not available in Zanzibar are not available mostly because they are not necessary. I can live without dark cherry chocolate bars, I just don’t want to these days. And I can live without tiny little journals, but I don’t want to do that either. Never mind that meanwhile, so much of my crap still remains in my parent’s skunk-ridden bachelor pad of a garage.

In between delightful moments with the hilarious, energetic nephews, beautiful sisters, loving parents, and gorgeous community of friends, including dips into dive bars, chats on peaceful park benches, long work stretches at favourite local cafes, I continued to hover nearby or inside those irritating consumer hovels.

The inner shopping tornado touched down on a totally uninteresting debate between buying the Kindle Fire and an actual smart phone with SIM card capacity. Again, I’ll spare you the views or reviews, but the point is that this dilemma actually started to make me feel sick.

One, because it created a false sense of deprivation and threw me into a panic about those impossible questions that attempt to link technology with monetary value. (It’s such a trap, what’s awesome in the tech world today is kind of just a burden tomorrow). And two, I know from experience that any anxiety centred around whether to purchase an object or not is hardly ever about the objects themselves, but rather a convenient holding place for bigger, more existential moving parts that we attempt to contain behind the soul’s curtain.

I know the suspense is probably (not) killing you right now – I purchased the Kindle Fire. I returned it the next day. I purchased a smart phone. I returned it two hours later. The next day, I went back to purchase it again. Do you see what I’m saying? Crazy-making, I tell you. Am I the only one? I doubt it, though Josh, the guy who works at Target, told me flat out that he’d never seen anyone think so hard about a decision. What’s the big deal, he seemed to ask with his quizzical hipster eyebrows. Josh, go easy on me, man!

You know you’re in a really bad situation when you’re in Target for more than three hours, have taken off your winter coat, and now have your hand plunged deep into a bag of BBQ Lay’s potato chips, munching with so much confidence that you forgot that you haven’t paid for it yet, let alone anything else in your heaping cart.

That happened to me last time I was home, and I had to phone a friend to come rescue me from the madness. I literally had combed through each aisle convincing myself I needed sheets, hooks, pills, jeans, bras, socks, hair clips, sunglasses, pens, grapes, eyeliner, lotion, soy sauce, vitamins, and tampons. MP3 players, cameras, laptops, headphones. Luckily I’m really good at filling up a cart and abandoning it (sorry, Target staff). I can talk myself back from the ledge. I can walk away. But what about so many people here who can’t – because they really, really think that for the moment, all those things in the cart will perhaps make their life a little better, a little easier?

I thought it’d be better this time. But the whole ‘’returns” option turned out to be kind of evil – a time stealer – a bitter chore – tedious distraction. Every time I returned something, I became a victim, bystander, and perpetrator of the American Dream. Had to keep track of all those receipts. I waited in those lines. I smiled and chatted with cashiers, strangers who were now taking up more of my solo days than I would have liked. Why was I talking to annoying Josh again when I could be cuddling with my baby nephew! Bah! I was getting this all wrong.

Days passed. This is the kind of state of mind where you risk losing your keys and phone. Where, if you had a baby, you just might forget her in her car seat on the roof of your car. Um, yeah. This is serious mental mind jelly. High frequency anxiety meets blazing trail of denial.

Tonight, when I look at my loot over there in the corner of the room, I realize I didn’t end up buying that much. Some are presents for folks back in Zanzibar, I tell myself. And I did try to reel it in and put stuff back on their shelves. It was really hard though – and the worst part is that even in writing this I know that I am trapped in the ultimate consumer jam –from a place and of a place — even when uprooted and living away from it for extended periods of reprieve.

This time, I was the Pavlovian dog conditioned to salivate over the unnecessary object, and the bell rang from within. America had preyed heavily on feelings of belonging, desire, comfort, status, and purpose. Sifting, sorting, hording, foraging, finding, keeping, losing, weeping.

Oh, let me just stop off really quickly at the thrift store. Note to self: there’s no such thing as a quick trip to the Salvation Army or Village Thrift, people!

I could say I really just like parmesan cheese, florescent lights, and skinny jeans, but next time I do, don’t believe me. Just come meet me at Target and we’ll sip on some coffee in the parking lot instead. Whatever you do, don’t let me go in there again. It’s enough already.