A new year for Contrary 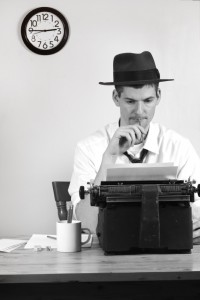 Last winter, when the founding editor of Contrary magazine, Jeff McMahon, asked me to anchor the site’s blog, I was flattered, of course, but also a bit intimidated. The magazine had already established itself as a literary gem in a field that can seem either overcrowded or woefully empty depending on how you look at it. There’s no lack of attempts at literary work out there, but they’re often just that: attempts. Contrary, meanwhile, publishes high-quality poetry and prose — and I’m not just saying that.

Perhaps this owes to Jeff’s decision to publish the magazine only four times per year, with the seasons, like any quarterly journal in the days of Old Media would have done. (Indeed, some still exist, god bless them.) He could, of course, publish as much as he wanted — it’s the Internet! — at virtually no extra cost or trouble. His decision to keep it on a schedule, and to adhere to that schedule, gives the magazine a certain weight, a kind of Old Media value system in a New Media world. It works.

But it owes equally to the quality of writing that Jeff and the team at Contrary select for each issue of the magazine, a process as painstaking as any staff’s at any print literary magazine worth its ink in the old paradigm. They just posted the Winter issue, and it’s as solid as any other.

So why was I intimidated? Because blogging is a daily activity. It’s often knee-jerk, reactionary, spontaneous. It’s doesn’t allow for craft, turning sentences around and finding their perfect jingle, developing an idea beyond the germ that inspired a given post. In short, it’s not like magazine writing, least of all a literary magazine.

I’d blogged before, though. For two and a half years, I was the chief blogger for a site that Kenneth Cole launched in early 2008, covering politics, social issues, the environment, and health. Its breadth was liberating. If ever I felt at a loss for topics, I simply opened the paper or clicked through a few online magazines for ideas. I got pretty good at crafting tight little pieces about all sorts of things in the space of 30-40 minutes.

Blogging for Contrary seemed different. This is a magazine first, a blog second. It’s got history as a magazine, its content is curated and edited, and the blog was introduced well into the magazine’s adolescence. Co uld it catch up?

Over the course of 2011, the Contrary blog published nearly 200 posts by dozens of contributors, drew more than 1,500 comments, and became a forum for a small but growing community throughout the world. Not every post has been great, or even elicited any apparent reaction, but some have gone viral. This is the nature of blogs: you put it out there and hope for reactions, and oftentimes you’re ignored. But sometimes you hit a nerve.

It’s the same with any blog, be it the Kenneth Cole blog, Daily Kos, or even Perez Hilton. Not every post is a home-run, but that’s not the point. The idea is to simply keep discussion alive.

I think that the Contrary blog has done that very well. And I, for one, am looking forward to seeing where the conversation goes in 2012.

Thank you, Contrary, for giving us the space to have this conversation. And thank you, too, my fellow Contrarians, for taking part.

Next post: In the not quite recall hours, deceptive advertizing begins