The Portrait of a Lady, Revisited 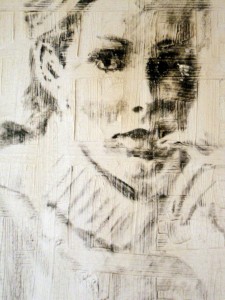 It’s fascinating, the difference in reading a novel as an adult that you loved at fifteen. There’s both a deepening and defrauding.

In search of an easy reread, I recently took up Henry James’ The Portrait of a Lady during an eight-hour international flight. I was shocked by how the novel had changed in my absence.

I first read The Portrait of a Lady for an English project. Given a list of novels, I chose it because it was the only one featuring a female protagonist. This represented a life-changing leap into the arms of the expatriates and resulted in a 20-page research paper tricked out in the florid prose typically prompted by a first romance.

From Isabel’s first steps of moving to Europe and meeting men, The Portrait charted out what seemed to me an infallible route toward ultimate female independence. I wanted to be an adventurer. Isabel Archer was an adventurer! As I made my way through the novel, I wondered: How does Henry James know the secrets of my heart?

But there was only so much my heart knew at that point. I had grown-up in the Deep South and my definition of independence was severely skewed. For example, Isabel’s only means of exercising self-reliance is through her pick of husband. When she rejects the marriage proposals of Lord Warburton and Caspar Goodwood (whose very name testifies to his suitability) and instead accepts the diabolical Gilbert Osmond, she considers this a conscientious exercise in independent thought.

At fifteen, I ascribed to that view and praised the bold non-conformity of her choice. At thirty, I was stunned to see that Isabel wasn’t a bold adventurer but a victim, tricked in to marriage by Osmond and the vile temptress Madame Mearle so as to provide for their bastard child.

And so, a novel that was once a free-spirited celebration of female independence has become a gothic rumination on deceit and the power of choices—more specifically, Isabel Archer’s ability to make very, very bad ones.

It’s a frustrating change, but I wonder if it’s inevitable. Because, while we age, the characters in the books we love do not. We outgrow them and, consequently, the books that shaped who we became no longer represent who we are.

Oline Eaton is the author of “My Father Had This Girlfriend” in the Autumn 2011 issue of Contrary.