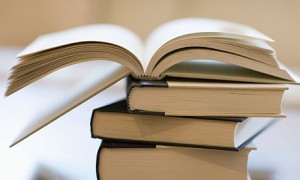 For the past five years my summer reading has been devoted entirely to the classics. No current critical darlings, no edgy new novels from indie presses – just time-tested chestnuts that I should have studied in high school or college. My formal education only flirted at the edges of the humanities – required reading at my public high school was rather undemanding, and while I took more college literature classes than any of my other business school colleagues, I now wish I had taken many more. Because of this, despite being a devoted lover of literature, there are enormous gaps in my reading, a point which I’m reminded of often by my English major wife, who seems to have read just about everything. (After running out of excuses in response to “You’ve never read Orwell?!!”, I finally read 1984 two years ago, and loved it.)

I finally began to rectify my ignorance in June 2007, with Sherwood Anderson’s Winesburg, Ohio. (Read it, loved it, wondered why it took me so long to get around to it, and will even use it as a model for a story cycle I’m mentally formulating.) Since then my summer reading has been only the classics, consisting of books that are generally considered part of the literary canon and roughly spanning the era between 1830 and 1950 with two more recent exceptions. (And only one by a still-living author.) The entire list is shown below. Over the course of my reading, I’ve learned some important things about classics.

Size Does Matter
I’m a fairly slow reader and my serious reading time is mostly limited to my train ride to and from work, so I don’t finish more than about 25-30 books a year. Because of this, I’m hesitant to take on longer books, figuring the return will not fully compensate for the hours I’ve invested. (That’s the finance guy in me talking.) I’d rather read two or three good novellas than a single 800-page doorstop. I’ve found that my psychological limit is about 400 pages – anything longer than that, and my attention will inevitably drift, I’ll start obsessively glancing at the page numbers and mentally calculating how many pages are left until I’m done, no matter how much I’m enjoying the narrative. And by and large, many classics (especially those from the 19th Century) run well beyond that 400 page barrier, whether due to the laissez-faire attitude of editors back then or a reading public that craved longer books given their comparative lack of entertainment alternatives. So despite my desire to be better-read, I also have a built-in bias against longer books and, thus, against many of the classics. Because of this, a longer classic really has to blow me away to be worth my time – and the only longer one I’ve truly loved is O.E. Rölvaag’s 1927 pioneer epic Giants in the Earth, which clocked in at 560 pages.

Age Is Only a Number
The oldest book I read (excluding Beowulf – Seamus Heaney’s translation has a modern feel) was Stendhal’s The Red and the Black (1830) while the newest was William Maxwell’s So Long, See You Tomorrow (1980). The former was long, plodding and required a thorough knowledge of early 19th Century French politics (which of course I lack) to fully comprehend, while the latter was short, lean, timeless and emotionally powerful. In other words, I hated Stendhal and loved Maxwell. This made me realize that a book being a hundred or more years old does not necessarily confer greatness on it. Which is kind of surprising if you think about it – the vast majority of novels written during the 1800s have either vanished or are barely read today, which might imply that those books which endure and are still read must be truly great. But this was absolutely, positively not the case with me and The Red and the Black, which I couldn’t wait to be finished with. (Yes, I did read it all the way through – I kept thinking it had to get better, but it never did.) So Long, See You Tomorrow, on the other hand, is a marvelous book that I’ll return to again and again.

Not All Classics Are Classics
Just as many of today’s critical darlings mean little to me, neither do many of the age-old perennials which everyone reveres (or professes to revere). The Great Gatsby, despite being considered the Great American Novel, left me completely cold – the characters all felt like archetypes instead of flesh-and-blood people, and I was never engaged by the narrative. Leaves of Grass was repetitive and bombastic – after 100 pages, I finally said, “Okay, Whitman, I get your point – you love the entire world and especially your love-machine self” and set the book aside. Let Us Now Praise Famous Men was pretentious and self-important. Simply put, many of these books just didn’t work for me, but though they could be a chore to read I’m still glad I so. Sometimes it’s okay to discover, while seeking what the excitement is all about, that there’s really no excitement at all.

And I guess maybe I should be grateful that my public-school education wasn’t more comprehensive than it was. Had I been required to read more thoroughly back then, the tedious likes of The Red and the Black, Madame Bovary and Billy Budd might have killed off my love of reading forever. Reading such tomes today, with a more mature adult perspective, helps me realize that there are hundreds of other books out there that I know I’ll enjoy. And I’ll probably appreciate those other books even more.

Next post: Await Your Reply 3: repetition with new detail