On a run, looking for answers about an inexplicable crime 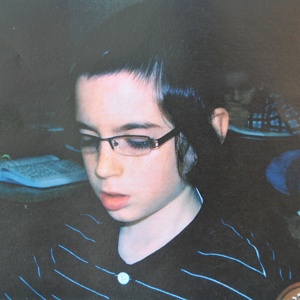 By now you’ve likely heard about the ghastly murder of an 8-year-old boy in Brooklyn earlier this week.

Walking home from day camp, Leiby Kletzky got lost and simply asked the wrong stranger for help. He was suffocated, dismembered, and distributed to various places near the neighborhood in which he lived. It was a horrible crime that has left an entire community reeling — the murderer, like his victim, was an Orthodox Jew, and they both lived among their own in a tidy, middle-class neighborhood near Prospect Park.

When news broke Tuesday morning of the boy’s disappearance, I was not aware that it happened so close to where I live. I was appalled by the story, of course, but when you live in New York you become a bit numb to stories of murder and violence. It’s inevitable. It wasn’t until yesterday that I learned that parts of Leiby Kletzky were found inside a red suitcase placed in a dumpster just seven short blocks from my home. Suddenly my heart sank into my stomach.

Maybe it’s because I know exactly what I was doing at the time of Leiby’s disappearance, and while I didn’t see Levi Aron, the suitcase, or any other part of the crime, just knowing that I could have seen something, had I simply taken a walk that way, left me feeling hollow and sick.

Last night, at the start of an evening run, I decided to go a few blocks out of my way to run down 20th Street, where the suitcase had been found, to see if I could see the dumpster. I felt ambivalent about doing this. I wondered why I wanted to see it. And yet I couldn’t resist.

I saw a dumpster, though I can’t confirm that it was the dumpster. It doesn’t matter. I was on the block, looking at the same buildings, the same fire hydrants, the same neighbors sitting on their front stoops that Levi Aron saw just a few days earlier as he tried, sloppily, eerily, to erase what he’d done. It was enough.

I felt sick for the rest of my run, but not just for the heinous crime against an innocent boy, his family, or all the other parents in Brooklyn who must be shaken to their cores right now. I felt sick because I didn’t know what compelled me to run down that block, looking for that dumpster.

I made my way to Prospect Park, a bucolic oasis of trees and dirt trails in the middle of a concrete jungle where I run every day, and failed to see any of the beauty. All I saw was 20th Street between 4th and 5th Avenues, the dumpster that may have been the one, the images from the news of Levi Aron and Leiby Kletzky.

And I never found an answer to my own question: Why, when tragedy strikes, do we feel it more acutely when it happens in our own backyards ?

Next post: He chooses the funeral over the poetry reading

Previous post: A more lavish Lolita: Reading and writing as a synesthete