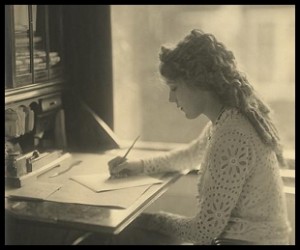 In his critique of higher education — how it began in this country versus what it’s become — for last week’s New Yorker, Louis Menand makes clear a few unfortunate facts of college today. Namely, that too many people go, and that many of them aren’t ready to be there.

Thus, it’s incumbent on their teachers to either weed them out, or, more likely, continue passing them through the system because of forces beyond their control. Such forces include a system that prizes student evaluations to the point where professors become like waiters at an Applebee’s restaurant, the students are their customers, and those end-of-semester evaluations are the comment cards attached to the check.

What do you think the professor’ s mo st likely to do? Remain tough, rigorous, and uncompromising in his st andards? Call it tough love. Or play the good guy, currying favor with his students with daily doses of positive reinforcement, affirmation that everyone is smart, and assurances that yes, you really are a great writer! Waiters may hate their customers, but they don’t let on if they want to keep their jobs.

Menand’s essay covers much more ground than evaluations, of course, but it’s an important piece of the puzzle. Data released this week shows that only 37% of high school graduates in New York State are prepared for college, and in parts of New York City, the percentage dips below 10. If the kids are not all right, to borrow a phrase from Pete Townsend, maybe it’s their teachers’ fault. Because if students aren’t mastering the skills they require to succeed, but are passing through the educational system regardless, something has to change.

But change is unlikely as long as more and more professors work on a contingency basis. Currently, only one third of the people teaching in American colleges and universities are tenured or tenure-track; the rest are adjuncts, part-time lecturers, and short-term contracted educators. Their jobs no more secure than a server’s at Applebee’s.

Next post: Everything’s got the shine. That’s been my point.