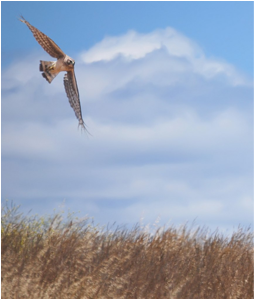 Steve Mitchell’s “Above the Rooftop” has been named a 2010 Notable Story in StorySouth’s Million Writers Award competition. This puts Steve’s story in the running for the top ten—which will be announced May 20—and then a public vote for best story of the year.

A quick excerpt from “Above the Rooftop”—

Sometimes, I place my hand upon her shoulder and leave it there. She likes that, she says. She feels gently pressed to earth, she says, quietly seated into place. There is the moment I embrace her from behind, in a grocery store or a parking lot, arresting her forward motion for an instant, clasping my hands along her stomach and easing her back toward me until my breath settles at her neck; or the moment when I take her hand, pulling her gently to a stop, to point out a singing child or a man having a conversation with himself, or a tangerine sky. There is the rooftop, my fingers spiraling the notches of her spine on the rooftop. These are moments when her spinning stops.

via “Above the Rooftop,” Contrary

Previous post: Flies and Floods: a Jewish passover in Zanzibar