Soylent Yellow is Peeps! and other Easter confections 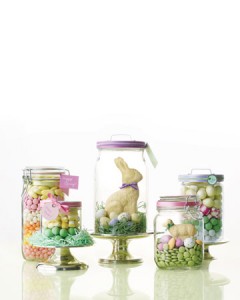 Of all the holidays, it seems that we revel in Easter’s confectionery bounty the most.

One might make the case that the sweet fare of Halloween and Valentine’s Day finds nobler employment than merely being eaten: who hasn’t shoved October’s yellow-orange-white “kernels” onto their teeth as ersatz fangs?  And in February, who doesn’t leave a ubiquitous, chalky “fax me” or “u r cute” on an empty subway seat in the hopes that their long-suffering crush will finally understand everything and pocket the flavorless pastel in tacit acknowledgment?

Last year, encountering an “email me” heart in the bag nearly sent me into paroxysms—NECCO’s attempt at entering the 21st century somehow fails gloriously. 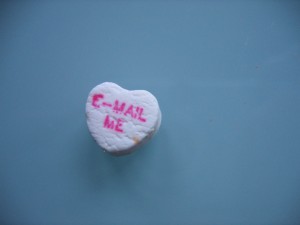 Before email, there was e-mail. Photo by Angela Argentati

In the realm of holiday candies that are actually meant for consumption, we approach Easter’s delicacies with special ritual. Why don’t we take as much joy in nibbling Santa’s chocolate appendages as we do in biting off Mr. Hopity’s velvet ears?

I mean, why hasn’t eating the beard first (followed by licking a present-hole in the toy sack) caught on? And why haven’t Mr. Claus’ eight tiny reindeer been memorialized in marshmallow ? Now Dasher! Now Dancer! Now Floppy and Oozy! On, Sugared! On, Puffy! On Donder and Doozy.  Dash away, dash away, oh no, you’re melting!

I propose that something about Easter treats appeals to us on some basic instinctual level, making them inherently edible. Despite the sugar, corn syrup, gelatin, dye and carnauba wax that compose Peeps,  one feels an irresistible urge to pop them in one’s mouth as a fluorescent pabulum cloud. 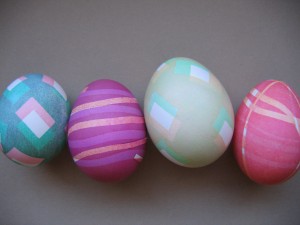 Does it have to do with cuteness… about something being so cute that you “could just eat it up,” and wait a pastoral second, this adorable baby chick, these miniature speckled eggs are actually edible! Hooray! The Lilliputians set out our feast!

The French with their dainty macaroons and bite-sized petit fours and the Spanish with their small-plated tapas perhaps best understand food as novelty. Conversely, here in America the flavors of artificial Yellow No. 5 and Blue No. 1 authenticate our novelties as food.  And staleness imparts that particular piquancy of bygone childhood.

Watching a cat mercilessly tease a grasshopper, after which its feline jaws deliver the death blow (by crunching through the exoskeleton into a gooey center), makes me wonder if we are similar. Holidays, and especially Easter, give us macabre license to play with our comestibles. I gaze into my quarry’s sightless, nonpareiled eyes while I devour him, saving the solid-milk cotton-tail for last. 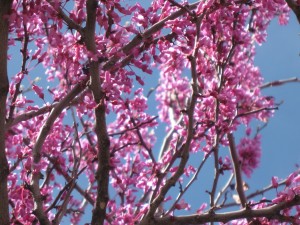 I don’t mean to dive into negative depths. Or, at least now, I’ll come up for air, because I love Easter candy, in all its magically realistic forms. Its trompe l’eggs. Its tulip-hued tableaus. Its fuzzy, soft-pelted bunnies that bawk bawk b’gwak! Nothing seems more natural, and more intuitively right, really, than rabbits who lay eggs. And nothing tastes better than a Cadbury Creme Egg on this day, properly eaten by licking a fissure into its seam and siphoning out the fondant yolk now liquefied by the heat of one’s hand.

Next post: The Technicolor world of Swahili riddles (Kitendawili?! Tega!)