Sullivan to join the Daily Beast 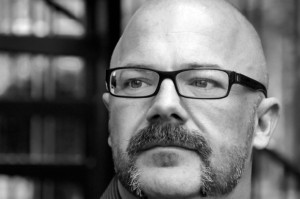 Andrew Sullivan, from the Atlantic Online

Andrew Sullivan, one of the more sought-out bloggers in the great big blogosphere, is leaving his prestigious post at the Atlantic online to write for the Daily Beast.

Launched by Tina Brown in 2008 as an alternative to the Huffington Post, the Daily Beast has since become not just a juggernaut of the Web, but an entire media concern. Now co-owned by Brown and Barry Diller, who merged it with Newsweek last November, the Daily Beast seems to offer a little bit of everything: politics, feature stories, celebrity gossip, funny videos, serious videos, photo essays that will make you think, others that will dig under your skin with their triteness. But as with almost everything Brown has attempted (the ill-fated Talk magazine notwithstanding), it’s a winning formula. Niche markets be damned.

The Atlantic, meanwhile, is one of the oldest magazines in the United States. It was founded in 1857 and has featured work by writers from Mark Twain to Christopher Hitchens. One of its earliest editors was none other than Ralph Waldo Emerson. But in recent ye ars, the m agazine has tried desperately to revitalize itself as the media landscape evolves into a pixilated question mark. In 2007, it changed its name from the Atlantic Monthly, which sounded stodgy, and hired the uber-famous design firm Pentagram to redesign its cover and give it a more cutting-edge aesthetic. It added the Web to its recipe for survival, too, and apparently it’s been working. But the eyeballs on the Atlantic still can’t match those on the Daily Beast.

Sullivan, who wrote a compelling defense of blogging when the practice was still considered iffy at best — as opposed to obsolete, as current research suggests — wrote in that piece of the exhilaration he feels from engaging immediately and directly with his readers. I can relate to the thrill he was referring to, having transformed from a magazine writer of many years into a blogger myself, in 2008. So I can’t fault Mr. Sullivan for this decision; he will, after all, reach many more people through the Beast than he did before.

But I’ll admit to being just a little saddened by his departure from such an esteemed, historic, and beleaguered publication as the Atlantic. While that magazine may be turning a profit, fin ally, it still needs all the help it can get. The Beast, on the other hand, seems to be exactly that.

Try as they might to stay in the game, in this ultra-fast, ultra-young age of New Media, do the elders even stand a chance ?

Next post: Antinomy, the great ladder of inferences, and the burning