by Amanda Leigh Lichtenstein on March 2, 2011 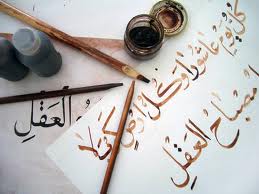 So there it is, life itself braided into three languages entangled with my own history as an American Jew strangely drawn to life in East Africa.

I often explain my ability to speak Swahili as some wacky fallout of a liberal arts education. I needed a foreign language credit, and having studied Hebrew for seven years didn’t help because the language of “my people” was not offered at the time at my small, Midwestern college.

But there was an 8 a.m. Kiswahili class, and since that fit perfectly with my schedule, I registered. My older sister had studied in Zimbabwe during Mugabe’s relatively peaceful years of absolute rule, and her letters home were intoxicating. The idea of learning Kiswahili and travelling to Kenya sounded like the perfect plan for a restless, wide-eyed Skokie girl.

I threw myself into learning the nine Swahili noun-classes, complicated proverbs and riddles, playful verb tenses, and most importantly, memorizing the heartbreaking lyrics to Miriam Makeba’s classic hit Malaika.

Quickly, I fell in love with a language haunted with borrowed words and histories. This was a language jammed with contested colonial powers and religious doctrine, developed along the East African coast to facilitate the trade of slaves, spices, and ivory. Inside the language billow the sails of many nations, their words scattered in patterns of power and failure.

Laced with hints of Hindi, Hebrew, Malagasy, Chinese, German, Portuguese, English, Farsi, and Arabic, the Kiswahili language is like one of those giant Russian matryoshka dolls, with multiple cultures nested within its linguistic body. Though technically rooted in Bantu structures, each borrowed word reminds you of one’s transitory place in time and history. The strongest, most enduring influence on the language is Arabic, with Islam pulsating through its lungs, though urban slang and modern adaptations have shifted that influence a bit in recent years.

To me, the language is elusive and slippery, poetic and playful, a language constantly changing, steeped in metaphor and hyper-specific localities and dialects. It’s a poet’s worst nightmare and most delightful dream. I wonder if its elusiveness lingers as a strategic quality for those in power to keep a proverb’s distance from those beneath them. Or maybe that’s just me, the frustrated second language learner, talking – who sometimes feels like a raging child who can’t express herself but has so much to say.

If language itself is a place, I often feel like I’m hanging out on Swahili’s porch. I can linger on this porch for years, though if I try to piga hodi (knock) on Swahili’s door, I will not yet be let inside to wander its inner halls and rooms. The lugha ya ndani (ïnsider’s language) is clever and quick, contracted and full of humour and wisdom unbeknownst to this relatively novice speaker.

I once told a local merchant how I felt about loitering on her language porch. She laughed heartily with (at) me, but did not refute the feeling or the time it might take to be let inside.

To try to figure out my somewhat bizarre attraction to a language relatively distant from my roots and meaning, I’m reading Mazrui’s Swahili Beyond Boundaries — a book about language, culture, and identity along the Swahili coast. I’ve been confronted by the uncomfortable realization that standardized Swahili as we know it today is the result of a long-standing cultural war between the West and the East, between Christians and Muslims, Roman script versus Arabic.

For five centuries, Swahili was primarily a spoken trade language detached from a specific script. If it was written at all among the elite, ancient, fanciful Arabic script was employed. The first-ever Swahili manuscript dates back to an 18th century epic poem, written in classical Arabic. What is now the “lingua franca” of East Africa was a language spoken long ago just by the ethnic Swahili peoples along the East African Coast. The transoceanic trade-winds changed everything, and a language emerged out of constant encounter with “other.” The word Swahili itself in an Arabic word meaning “coast.”

In Zanzibar, at least, constant battles ensue between young and old, academics and bus drivers, mamas and their children, about “real” Swahili and where it was supposedly “born.” Zanzibaris are very, very proud of their pure Swahili, claiming their version of the language has not been bastardized by the tribal tongues of inland Africans or foreigners.  Well, they don’t quite say that, but they mean it. Ask a Zanzibari about Kenyan Swahili and they’ll often make a sour face — dismissing that Swahili as kichafu (dirty).

Throughout history, people have wanted to exploit and control it, infuse it with language of their own, stretch it out, pat it down, turn it inside out, memorize it, erase it, call it names, rename it, enforce it, ban it, mark it with an X, legalize it, teach it, protect it.

In the early 1900’s, when the British took over Zanzibar, they enforced the standardization of Swahili, mandating that it be the language of instruction and that students use the Latin lettering, abandoning the fanciful Arabic script used for centuries. To reinforce a more “Western” style Swahili, the Brits determined to translate and publish British classics like Gulliver’s Travels, Alice in Wonderland into Swahili.

“Between the years 1900-1950, there were approximately 359 works of prose published in Swahili; though 346 of these were written by Europeans and published mainly in England and Germany. Many of these were translations of Swift, Bunyan, Moliere, Shakespeare, but none more pervasive, in more abundance, and having more effect, than the Bible,” writes scholar Jack Rollins in his book on prose and  Swahili ethnicity,” (Mazrui, 25).

This attempt at “de-Islamicizing” Swahili set new Euro-Christian standards for the language by which even native Swahili speakers were then held accountable. This meant that writers and scholars using the Arabic script to speak Swahili would no longer have the cultural or literary power to disseminate their texts (their ideas) within a British colonial context.

What does this mean for a literary Swahili life in Zanzibar or in Tanzania as a whole? Before colonialism, the only prose texts were historical. There was a rich history of Swahili poetry which followed strict Arab forms, often influenced by Quránic structure and style. The British attempted to suppress these forms in favour of their own literary, cultural, and religious stylizing. It was the attempted birth of a new secular tradition within the Swahili language. An attempt at wielding power and control through infusion of secularized ideals within the Swahili language.

Germans attempted to replace Islamic-borrowed words within the language with German ones, producing newspapers and magazines to reinforce German ideals and viewpoints. German administrators liked the idea of using Swahili as a tool for colonial rule, commanding that their staff master the language as model citizens of a new East African order.

Meanwhile, Arabs lamented the destruction of the Swahili sound system, saying that the Roman letters used now in everyday Swahili could not fully represent more complex sound patterns created within the Arab alphabet. Though the streets of Zanzibar are still full of the hypnotic chants of the Qu’ran, and religious texts are still transliterated in Swahili using the Arabic alphabet, new colonial powers had attempted to unwind the strings of Arabic script to stitch a new linguistic reality.

Still, by the time the Germans and Brits had left East Africa, and the Sultans were long-gone from power, Swahili was a far-reaching language that spanned several countries, including places like Oman, Rwanda, and the Eastern Congo. And so began, under Father Julius Nyere, a great socialist language experiment: to take an ethnic, cultural language and make it a “trans-ethnic” language that fused culture and nationality into a unified vision of ujamaa.

Recently, the U.S. State Department recognized Swahili as a “critical language” worthy of study for its potential links both to national security and economic competitiveness.

A year-deep into Swahili, I still wonder whether I’ll ever be able to follow the shifting marbles beneath the fast-moving cups of this language. I also wonder sometimes how I might be implicated in neo-colonial patterns by speaking Swahili as a white woman living in East Africa. I’m convinced, though, that my Semitic history, which moves through Swahili like smoke, haunts the script that writes me into Swahili’s unfolding story.

Swahili is a poet’s language, a language bound by – defined by – the complex reality of what happens when one reaches for farther shores.

Author’s caveat: I am neither a linguistic scholar or Kiswahili expert. Rather, I’m totally humbled by this language and my attempts at learning it. All factual information was gleaned in Alamin Mazrui’s book: Swahili Beyond the Boundaries: Literature, Language, and Identity. Ohio University Press, Athens, OH, 2007. I welcome any clarifications or corrections on this particular telling of a contested history.