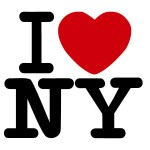 The irony is no longer lost on me.

I am returning from a Comparative Literature conference in New York City on the topic of irony, and I have just realized that I’ve analyzed the city from the outside; I have the mindset of a Southerner-turned-Washingtonian, studying New York City as if I were an anthropologist studying an apple. The problem, then, is that while I’m acutely aware of the disastrous ramifications of Orientalism, Edward Said’s philosophy regarding the way that Western discourse has structured and even created the idea of the “Orient,” I’m thinking, and now writing about NYC in a way analogous to the way that Said says that Orientalists (his term for scholars who studied the “Orient”) so damagingly wrote about the East—that is, as a singular entity, inhabited by a stereotyped citizenry who blindly embraces values so contrary to that of an outside (read: objective) observer.

Granted, the parallel is not too neat, the comparison too messy to tie up in a nice bow. My thoughts, and my writing—if anyone is reading this—are not going to s top tourism to NYC. A city of at least eight million people, with what might be the most confusing subway system of all time, is now thriving, and will undoubtedly continue to do so. This little essay will not restructure the discourse nor affect prevailing opinions of the city. In other words, my disclaimer is this: I acknowledge my position as an outsider, but I’m fairly positive that I’m not going to do any h arm by offering an honest critique of a fairly well-renowned city.

At the aforementioned conference, conversation comes at a premium. The organizers, who either disappeared or were never there, have laid out nametags and programs in a room that is nearly impossible to find in this particular academic building/zoo. The people who know each other speak to each other; some of these speak to each other in a foreign language, perhaps to prove that they belong in a “Comp Lit” department. I know enough to know they are speaking French, and I also know enough to know that to parle would be to make a grave social mistake. I realize that I’m at their school, in their city … ad infinitum. Yet in the South, even in the metropolitan South, the appearance of newcomers usually calls for a grand welcome: fried fill-in-the-blank. Not so in NYC, not so.

In the East Village I drop my jaw at the cost of a studio apartment (approximately $2,000 I am told) and yet pay three dollars and fifty cents for a cappuccino, a drink that, albeit its neat heart design in foam and fabulous, coffee-snob-approving taste, is rather tiny. It can’t be more than 6 ounces; the one I had the day before could not have been more than 4. I do not want to be taken for one of those Americans who get upset when the Super Jumbo drinks become unavailable, but I wonder whether the amount (or lack thereof) of this coffee disturbs anyone else. I need the caffeine, for how else am I to maneuver through the tourists, decide which letter or number of subway line(s) to board, and remain awake while I walk, eyes peeled, through the center of the cosmos.

I do not intend to be entirely negative. There are some truly wonderful aspects of this city, though they are largely dependent on whether or not you can master the subway system, a task that includes swiping your metro card at the correct speed as well as using your elbows in a manner that facilitates walking through SO MANY PEOPLE. There is the Metropolitan Museum of Art, Central Park—the lone site of the things I know as “trees”— the Rockefeller Center, gluten free bakeries, restaurants that specialize in every kind of food item from Croatian desserts to Halal mid-day meals to Venezuelan. The city recently began assigning sanitation grades, giving a designation of “A,” “B,” or “C,” to every restaurant. The “A” restaurants display their grades in a center window, spotlights shining upon them; the “B” restaurants tape theirs to a corner window, and some add a “Grade Pending” sign, as if that could assuage fears; I heard of one “C” restaurant, but I cannot say that I saw any establishments that advertised themselves as such.

Throughout my four days in the city, I consistently underdressed. While I could not walk miles around the city and up or down the subway stairs (which, though a minor annoyance and prohibitive for disabled people, do not, as my boyfriend pointed out, break—something that the DC Metro escalators often do) in heels, some people make this choice. If that is you, I commend you, and I suggest that you see a podiatrist. My relationship to the city took a turn for the better, however, after my dear colleagues (both from Louisiana) and I left the conference, the rain stopped, and said wonderful boyfriend, who has lived in NYC, arrived. I met some lovely people, ate two brunches (only one of which required a wait, luckily!), felt less lost, and was informed as to a new commodity competition: baby strollers. Compared to DC, in NYC the buildings are taller, the trains dirtier, the streets wider, the gluten free baked goods better, the coffee trendier, the weather worse, the lines longer, the tourists more overwhelming, the ethnic food more ethnic, and the populace better-dressed.

As I write this on a south-bound Bolt Bus, one that not only left late due to traffic, but also remains without hand sanitizer and toilet paper, I think I will return to this metropolis. Next time I will probably bring extra cash, similar clothes, a good umbrella, and a subway map.