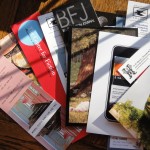 While attending the Association of Writers and Writing Programs 2011 conference in Washington, DC, I grew angry at the commercialization of—like everything else—literature, the fetishization of creative writing, and the vitriol between creative writers and scholarly writers. I consider myself a member of the l atter group, primarily because I am currently enrolled in an MA program in English literature and will begin doctoral studies in literature this fall. However, as a teacher and a participant in creative and critical classrooms alike, I am amazed and saddened by the breach between the people who cherish different manifestations of the same passion. The condescension coming from both sides remains so strong, and became so apparent in this giant meeting of aspiring and accomplished writers, that I almost fell out of love with my lifelong pursuit: language. In an attempt to make sense of the seeming chaos I experienced, I wrote the following, breaking the rule that short stories should begin “in medias res” and that a clear line exists between the genres of fiction and nonfiction.

When she woke up, she could not remember what was in the middle. She remembered the beginning, easily recollected the facts of the matter: the symbolic lighting of the honey-vanilla-scented candle, the recline into the red velvet armchair, the self-doubt, the rich, deep taste of freshly ground coffee brewed in the French press by the loved one. The air outside held a chill, and if it could have held a facial expression, it would have given the world a nasty, imperious grimace. “Stay inside,” it would have moaned. While the newspaper crinkled in the background, confusion arrived and made itself at home.

The end, however, fell somewhere between the beginning and the middle on the fuzziness scale. Unlike the beginning, it had not yet been given concrete details, only blurred emotional states and an adage that was either heartwarming or heartbreaking. The heart was going to be involved. How was the question. Although it lingered, she had no fear that it would be resolved, because once she found the middle, the end would be no trouble at all.

As for the backstory, that was no trouble either. In fact, now is about the proper time to convey such material. She had, just yesterday, heard from many people who were far more experienced on the subject than she. They had given her plenty of advice and insight on this process, and although their advice and insight ranged significantly in degrees of quality and delivery, it nevertheless provided her with rich subject matter, material fraught with rules to be followed— albeit only sometimes. Indeed, the authority figures on this matter pr onounced when and when not to follow their respective rules.

There was discussion regarding the subject matter itself: “meta-discussion,” if you will. Such meta-discussions challenged certain disciplinary boundaries, furthering the divide between complementary subjects that ought not to have ever been divided. The matter at hand, it seemed to her, manifested in various ways, none of which should exclude the others. Sadly, each faction sought to marginalize the Others, embracing ideologies and rhetorics that obviated any possibility of discussion. The appearance of this usually latent phenomenon made her feel as if she were a small child savoring, for the first time, a bite of fresh pineapple, only to have a glass of milk poured slowly down her throat. Bitterness and hope coalesced, generating apprehension, insecurity, and panic.

Then, in a dramatic dénouement, her dear aunt’s friend spoke up, proclaiming good news: “People,” she said, “if you think that what we do is truth, you have been misguided. Furthermore,” she continued, “if there were such things as truth or reality or accurate perception, my work would have little, if any, meaning. And then she left us, telling us in a gracious, even tone, though one that betrayed frustration, “I do not believe in the veracity of memory.”

Having somewhere found her medias, and having somehow developed her point-of-view, she walked among vendors of this beloved material, gathering free samples from shy and socially-awkward representatives, people who delighted in the company of written words yet were dispensing these beautiful words in a social setting, obliged to act as though the intricate creations on their tables were commodities to be sold.

This made her feel at home. Safe in a world of books with people who also felt more at peace with words than with other people, she was ready to eat more pineapple.